The Vanishing Neighbourhood – is Hong Kong Losing its Heart?

Hong Kong is a place of dichotomies and incongruity.  A stone’s throw form the super malls and high-rise office blocks of downtown Hong Kong there exists the remnants of a bygone era. The traditional shops and factories that once formed the backbone of the Hong Kong economy are being priced out of the property market by new hotels, fast food and coffee shop chains and trendy restaurants. However, if you take the time to walk instead of taking the MTR you will be treated to a glimpse of Hong Kong’s past. 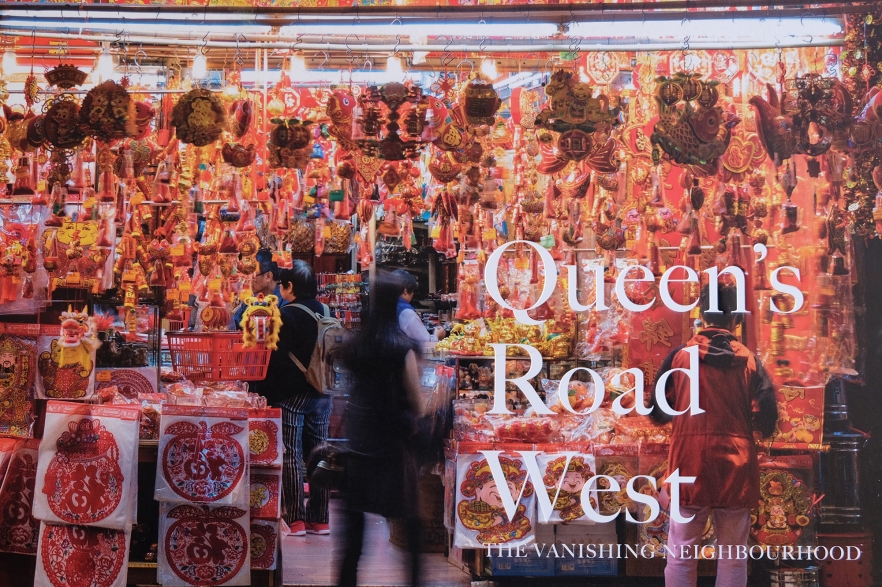 Hidden amongst the ‘progress’ are some traditional and wonderful examples of the entrepreneurial spirit for which Hong Kong is famous. In the shadow if the towering ‘Liaison Office of the Central People’s Government in the Hong Kong Special Administrative Region’ a few such examples still thrive. The Tuck Chong Sum Kee Bamboo Steamer Company still plies its trade on Western Street where it has been for fifty years of its one hundred year history. Not far away on Queen’s Road West is the oldest qipao shop in Hong Kong. Founded in the 1920s the shop is a family business, now in its third generation, offering bespoke traditional Chinese silk dresses.

Queen’s Road West – The Vanishing Neighbourhood aims to provide a record of these traditional shops and businesses. It gives a fascinating snapshot in time of a neighbourhood, its shops and the people that run them, that may soon be lost to Hong Kong’s headlong rush into modernisation. The book takes us on a tour of a neighbourhood in peril and invites us to visit the tailors, herbalists, cafes, grocers, restaurants and congee shops, jewellers and even a lantern shop, that are a reminder of an age when trading was something done between people not between super-computers.  It is a vivid reminder to us all, wherever we live, to enjoy and use our unique local shops and businesses.  You don’t know what you’ve got ’til it’s gone!

This is a text widget. The Text Widget allows you to add text or HTML to your sidebar. You can use a text widget to display text, links, images, HTML, or a combination of these. Edit them in the Widget section of the Customizer.